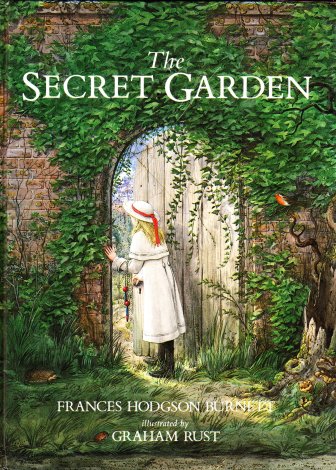 Summary: Though Frances Hodgson Burnett wrote more than forty books, none remains so popular as her miraculous and magical masterpiece. The Secret Garden. Has any story ever dared to begin by calling its heroine “the most disagreeable-looking child ever seen” and, just a few sentences later, “as tyrannical and selfish a little pig as ever lived”? Mary Lennox is the “little pig,” sent to Misselthwaite Manor, on the Yorkshire moors, to live with her uncle after her parents die of cholera. There she discovers her sickly cousin Colin, who is equally obnoxious and imperious. Both love no one because they have never been loved. They are the book’s spiritual secret gardens, needing only the right kind of care to bloom into lovely children.

Mary also discovers a literal secret garden, hidden behind a locked gate on her uncle’s estate and neglected for the ten years since Colin’s birth and his mother’s death. Together with a local child named Dickon, Mary and Colin transform the garden into a paradise bursting with life and color. Through their newfound mutual love of nature, they nurture each other, until they are brought back to health and happiness.

D – This is a pretty good classic. Not very adventurous or wildly exciting, but it may just pull your heart strings.

L – It’s a bit obvious that the intended audience for this book is older children. The language isn’t very difficult and the story is pretty simple and is obviously meant to teach a lesson.

D – Yes, definitely meant to spark some ideas in a child’s mind as to what they should be doing…like go outside!! And don’t be such a turd!!

L – And maybe a tiny bit about not letting grief overcome you and opening yourself up to new experiences….

L – The story introduces us to our main character, Mary, by letting us know that she lived in India and had neglectful parents. Who died of cholera. So now she has to go live with her grumpy (probably neglectful) Uncle in England.

D – You don’t get to meet that cheery fellow for a while!

L – See. Neglectful. Why are the adults all grumpy recluses in these stories?

D – Hey, hey give Dickson’s mom some credit here. She is a lovely lady and every child on Earth would want her for a mother. (but you also don’t get to meet her til the very end of the book…)

L – She’s the supportive “poor” person character. All these books have those too. They don’t count.

D – Ugh…fine…wait, what about the maid?? Martha is very nice. And is the first to put snobby, little Mary in her place. Well, I really should say, helps open her eyes to her own snobbiness.

L – You mean the other supportive “poor” person? Who is closer the the heroine’s age and therefore fills the requirement of “friend”, until the real friend shows up?

D – Yes! That one! Give Martha some credit, though, she does introduce the idea of the secret garden which makes pitiful looking Mary go outside for a change.

L – She is pretty important to the plot in the beginning. (But admittedly as soon as Dickson enters the picture, we don’t see her much). Dickson is Martha’s brother and he helps her bring the Secret Garden to life.

D – Before we get ahead of ourselves, we gotta explain how Mary inevitably locates the entrance to the secret garden.

L – She follows a robin.

L – That is a running theme in the book, The Secret Garden is “magic”. It’s a bit more important after we meet Colin. Mary’s cousin. Possibly the only character in the book who is more of a selfish snot than Mary.

D – He makes Mary look like a sweet, innocent baby doll. In fact, she finds him because she hears him screaming and crying in the middle of the night.

L – Colin is a hypochondriac. He’s been coddled and told he was weak since he was a baby. So he’s convinced he’s deathly ill and stays in bed, ALL DAY. EVERY DAY.

L – He can’t even walk and screams at everyone if they don’t do what he wants. Luckily (for both him and my sanity) Mary doesn’t really want to put up with his crap.

D – And during all of this, Mary has been tending the secret garden with Dickson (who is basically an animal charmer…the boy has wild animals everywhere). And Colin ends up finding about it and shows a lot of interest in the secret garden. So Mary thinks that it would do Colin some good to go out and see the garden for himself.

L – We probably want to avoid too many spoilers but let’s just say that the garden used to be Colin’s dead mother’s favorite place. So this might not be somewhere her Uncle wants her or Colin to go.

L – Burnett has a talent for not using very many words to paint a picture. She doesn’t really tell you a lot about the environment but the way she explains it you can almost see it.

D – The descriptions were so well written, I could almost smell the garden in the book. I thought that was very impressive, so props to Burnett.

D – This is a very simple and straightforward book. I mean, it’s for kids.

L – The weakest part of this book is that it can be a bit predictable. Again, kids.

D – I also thought the ending was a bit abrupt. Like, I was hoping the ending would be a little more dramatic but no…

D – It’s simple and easy to read, the visuals you get are brilliant, and it makes you want to go run around outside! What more could you ask for??

L – The characters are pretty good as well. It takes some good writing to make me want to read a book where the main character is a brat. Then again I think most of us were a bit bratty at that age. (Hopefully not as bad).

D – If you’re struggling to get your kids out the door, make them read this book. Not only are they reading, but it might help convince them to go running around for a little while. And you might get a garden out of it 😉

L – It really is a sweet and compelling story. It was one of my favorites when I was a kid. I recommend giving it a try. 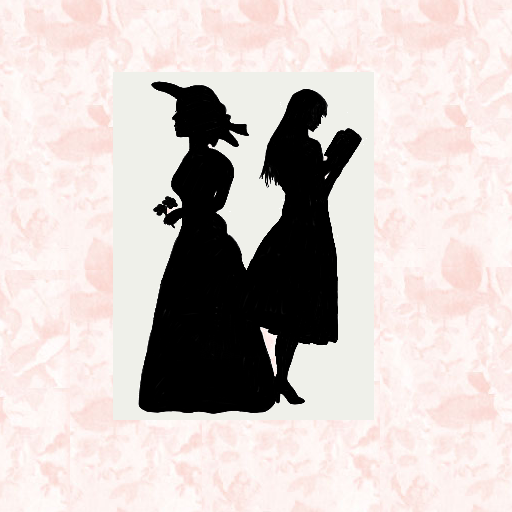